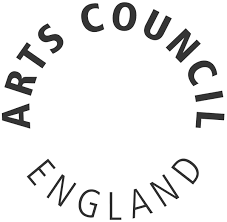 We want ACE to explain how it spends its money – and how it justifies research that has infuriated the whole public library world. An alleged scandal tops off a week in which Arts Council England (ACE) – and by implication its funder, the government – have been shot down in flames by public library users and librarians.

ACE is said to be paying £200,000 to a former executive who has a well-paid job elsewhere yet its new report is all for cheapo ‘community libraries’ run by volunteers. They are, says ACE, a viable future model, if a little common sense is used. This is just what ACE’s funder, the government, wants to hear. But it’s NOT the message coming from people actually involved in running such libraries.

“Nobody has a clue how best to run a community library. It’s an uncontrolled experiment, on a vital public service, in the middle of a huge crisis. ‘Community libraries’ have mostly been created in haste and panic and conflict… by communities desperate to do anything to avoid closing down their library completely. Their only choice was: ‘Lose it or run it yourselves.’”

“The number of community managed libraries has grown rapidly, largely through a piecemeal approach where many volunteers have found themselves in impossible situations… This heavy reliance on volunteers risks threatening the very foundation of library provision in the UK.”

“I am disappointed by the report and the government’s headlong rush to set up more community managed libraries without understanding the consequences. I am deeply concerned that this report will be used to justify further library closures and our communities will suffer greater damage.”

“The results of the research used to justify the [ACE] report are not set out fully in the report. As an example of evidence-based policy it is important that they should be made available. CILIP calls on Arts Council England to make them available on their website.”

We have already complained several times to ACE about its refusal to ask library users or volunteers when consulting on the future of public libraries.

It has repeatedly declined.

We have created a Cost of Living Hub which outlines best practice, resources and data to help councils deliver this support ⤵️

They aren't having mass public book burnings in the town square yet, but the ignorant, deluded, and angry are succeeding in closing #libraries now. #bannedbooks
A Michigan Public Library May Close Due to Conservative Propaganda- https://bookriot.com/patmos-library-millage-denied/

@owen_g Public Libraries have been keeping the poorest & most vulnerable in society warm during the winter for decades but what really worries me now is how councils are going to afford to keep these and other buildings heated/open with energy costs spiralling & more cuts on the way.

Britain is entering a profound social emergency. Why is nobody acting like it?

#Thelittlewartimelibrary is set in Bethnal Green Library @ideastores - It is 100 years old in Oct. To celebrate I interviewed 100 #libraryworkers. I'll be sharing quotes from the interviews every day on my Facebook page. Thanks to @CILIPinfo and all #100librarians #librarians