Islington Gazette : 7th AugustSecret Islington Council document: further details uncovered
Libraries ‘options’ clarified
Despite repeatedly promising not to close any libraries, both proposed plans for the future of book lending in the borough involve closure.http://www.islingtongazette.co.uk/news/crime-courtsIslington Gazette : 7th AugustHalf libraries in Islington to shut under secret council proposalWhat the proposals envisage: closing five libraries; West, Mildmay, South, Lewis Carroll and John Barneshttp://www.islingtongazette.co.uk/news/crime-courts/half_libraries_in_islington_to_shut_under_secret_council_proposal_1_3716139Local Government Lawyer The latest on cuts – the Lincolnshire libraries case It is important to take advice to ensure consultation does not occur either too early or too late. There is plainly no use in a consultation exercise without any idea of potential outcomes. Equally, central elements of any plan cannot be pre-determined, as occurred in this case.
http://localgovernmentlawyer.co.uk/index.php?option=com_content&view=article&id=19474%3Athe-latest-on-cuts-the-lincolnshire-libraries-case&catid=59&Itemid=27


http://www.walesonline.co.uk/news/local-news/vale-glamorgan-libraries-facing-cuts-7579522 Save Lincs Libraries : 6th August“Will Councillor Martin Hill please… “http://savelincslibraries.org.uk/2014/08/06/will-councillor-martin-hill-please/Huddersfield Examiner : 7th AugustKirklees | Petition launched to save libraries in Batley area “Uniquely in Batley and Spen, our library services are enhanced hugely by their buildings. Close or relocate the libraries to a pokey corner somewhere else and you diminish the service and experience for everyone.”http://www.examiner.co.uk/news/west-yorkshire-news/petition-launched-save-libraries-batley-7570854Burton Mail : 7th AugustStaffordshire | More than 1,000 people respond to library consultation

All of the people have come forward within the first three weeks of the consultation, which the authority described as ‘encouraging’. 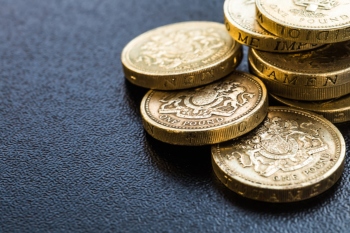 Billed as an ‘Opportunity Knocks webinar, this FREE webinar will look at some of the ‘levelling up’ concepts that might be good for libraries.Thursday 24 March 13:00 – 14:00, onlineThe…
Read More

Tomorrow, a child will go into a #library. And they'll discover a book which helps them to understand what life is like for other people. And they'll grow up with that understanding, and be kinder as a result. I hope one day they might become Prime Minister.

These resignations are all well and good, but I'm waiting for a major article on libraries to come out in a national political magazine and it's been bumped *yet again* due to goings-on in Whitehall. Could everyone calm down long enough for me to do some decent advocacy?

HOW will kids discover all the brilliant books?

Number of libraries under threat across St Helens amid major review https://www.sthelensstar.co.uk/news/20257414.number-libraries-threat-across-st-helens-amid-major-review/
“But should no community partners be “forthcoming” to support the delivery of community managed libraries, the council says “it may be necessary” to close the remaining buildings”