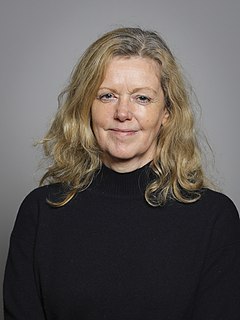 Well! There is to be ‘a new public libraries strategy due in 2023… to make sure [they] are providing the best possible service for their communities’.
Whatever that means, it will be based on work by a new ‘advisory panel’ led by one Baroness Sanderson. Her job will be to act as an ‘independent chair’ and ‘provide a fresh, challenging and impartial
perspective on libraries to help formulate innovative new policy ideas’.
It’s not yet known who will be on this panel. TLC has been quick to urge that it should include library users.
In a hastily-sent email to the Baroness, we said: ‘We believe that library users and supporters have a lot to contribute to any review of the service at national level, as well as whatever contribution they may make locally.
‘Their perspective will be different from most, if not all, of the library bodies and others who have in the past been part of this sort of panel / review.’
Baroness Sanderson is billed as ‘an experienced former journalist [for the Mail on Sunday] and government adviser [to TheresaMay] who joined the government benches in the House of Lords in 2019’.
Meanwhile, we must go by what she has so far said: ‘I’m thrilled to be taking up this new role.
‘Libraries play such an important part in our lives, be that instilling a love of reading in childhood or encouraging economic, social and mental wellbeing throughout adulthood and into old age.
‘Too often undervalued, they are one of the most critical forms of social infrastructure we have and I look forward to working alongside the experts, and listening to a wide range of voices, so that we may
help develop ideas as to how we may promote and protect our libraries into the future.’
The government claims there has only been one previous national strategy, in 2016. TLC would say there have been quite a few, under different names. If you want to check up on the 2016 version, it’s all
there in the back issues of our magazine: issue no 93, pp 8-9.
https://www.gov.uk/government/news/baroness-sanderson-to-help-develop-new-public-libraries-strategy

A digest of today’s news items, reproduced here, with kind permission from Shirley Burnham, who collated it.  For up to date libraries news follow @ShirleyBurnham on Twitter. THE BOOKSELLER : 19th April…
Read More

This #InternationalTranslationDay, why not pop into your local #Library and take out a book translated from another language? There is such a huge variety of translated literature available now - across fiction and non-fiction - that you will be sure to find something you love.

Treasures of the Library -Mind-boggling miniature books
Senior Librarian Anna Welch guides us through some intricate and astounding examples from the @StateLibraryVic #miniaturebooks collection #libraries
https://www.youtube.com/watch?v=ibsRgLiWKak

I've done my share of regional radio. Once did 14 interviews in a day as part of a budget announcement. Can confirm they are some of the best, sharpest journalists in the business. Woe betide anyone who goes in expecting a gentle ride.

Last week library people went crazy for the secret library door shared by @clauersen, but I think we will all go even more crazy about this tiny travelling library! Who wants one for Christmas? https://twitter.com/theULSpecColl/status/1575457948087746561

Educational and cultural vandalism by Bristol Council, ceasing to provide newspapers in its libraries. Today is the last day to read a paper in the library, something done by Bristolians for over 200 years. It will save hundreds of pounds, while the Mayor squandered millions.