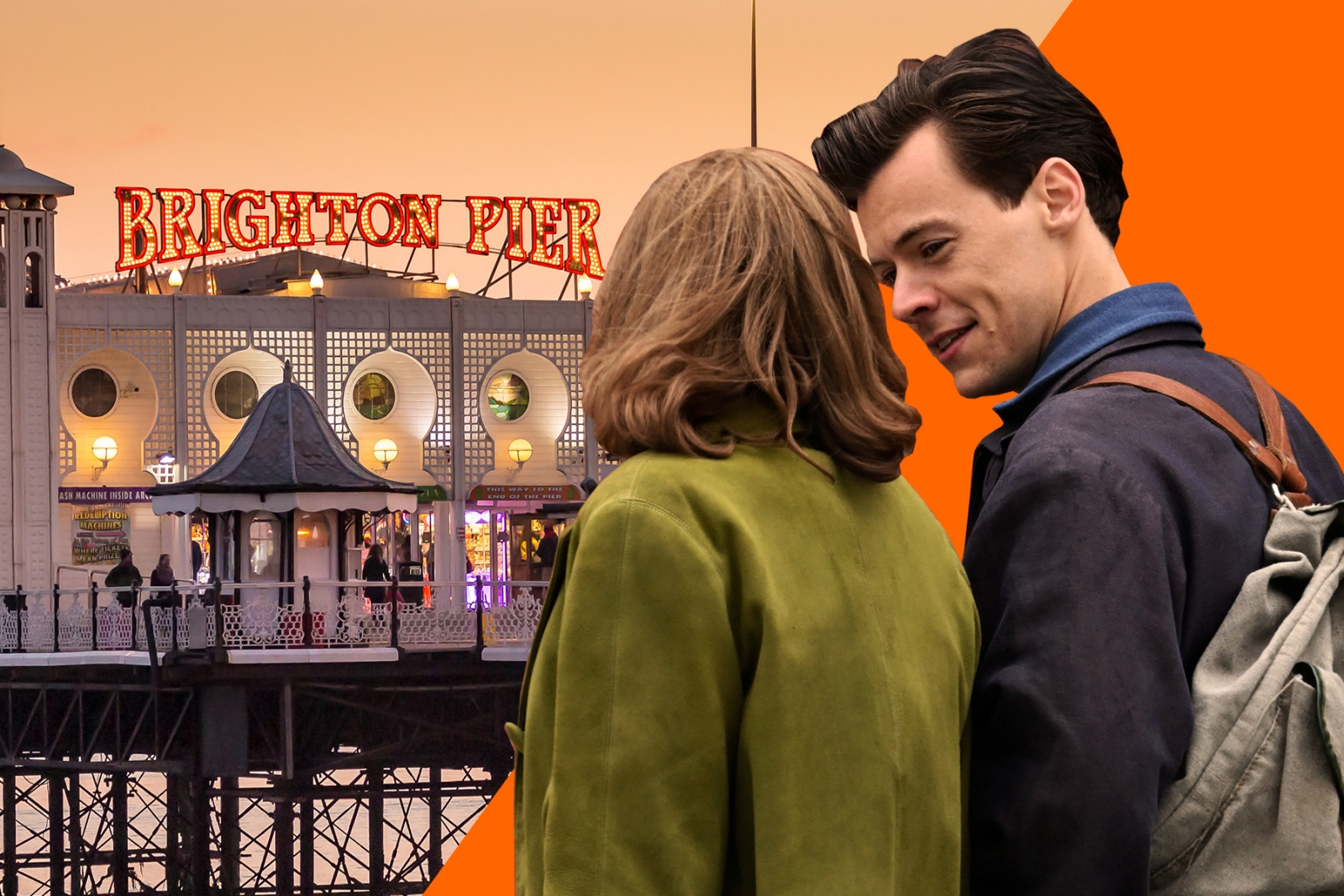 Filming now are two star-studded book adaptations with a strong literary presence. Make sure you read the books before you see them!

Music icon Harry Styles is joined by Emma Corrin (Diana in The Crown) in My Policeman, based on the 2012 book by Bethan Rogers. The production is for Amazon Prime.

It is billed as ‘an exquisitely told tragic tale of thwarted love’. And it has a fascinating literary background.

In 1950s Brighton, Marion and Patrick both love Tom. Tom, their policeman, is gay – and it is safer for him to marry Marion. The two lovers must share him until…

The story opens in the late 1990s. Patrick has had a stroke, and has moved in with Tom and Marion. Gina McKee, Linus Roache and Rupert Everett have been cast as older versions of the three.

The plot mirrors the real-life relationship between writer EM Forster and a married policeman. Like Marion, the policeman’s wife May also cared for Forster when he moved in after his final stroke in 1970.

Meanwhile London is the setting for an ITV four-parter based on Our House by Louise Candlish. This literary thriller won Book of the Year in the Crime and Thriller category at the British Book Awards2019.

It also has an impressive cast including Martin Compston, Tuppence Middleton, Rupert Penry-Jones and Weruche Opia (a BAFTA nominee for her role in TV sensation I May Destroy You).

The story starts when Fiona arrives home one day to find strangers moving into her house, and all her possessions gone. More flashbacks to the past, as she ‘gradually unravels unexpected secrets and shocking revelations, culminating in a nail-biting finale,’ ITV promises.

This weekend will be our last read in outside the Couper ... Because we can read INSIDE the library from Monday 24th January!!!

The Cat that Walked by Himself...

Britain’s largest ‘sea dragon’ fossil has been found in a reservoir in Rutland ⛏️
https://inews.co.uk/news/sea-dragon-fossil-ichthyosaur-rutland-reservoir-anglian-water-1391288

We also begin our LGBTQ+ History Month series with a talk from @_paulbaker_ as they tell the story of Section 28 and the shockwave it sent through British society.