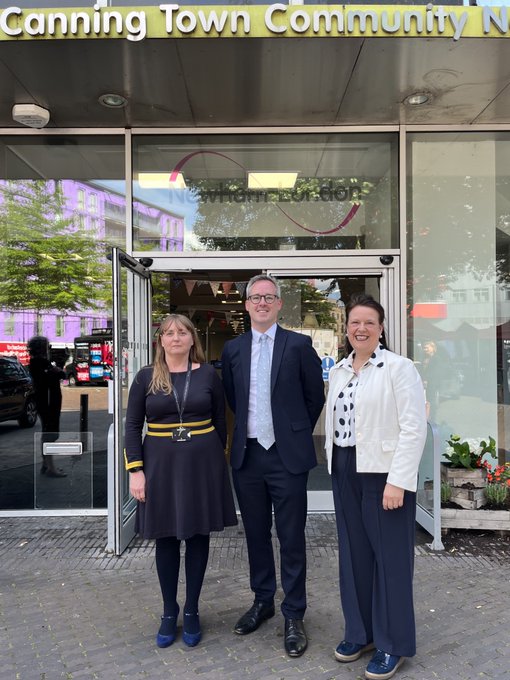 Sighs of relief all round this week when the government announced – it is not changing the libraries minister! It’s still Lord Parkinson. [Apologies to those who caught up with Liz Truss’s short-lived appointment / allocation of the library brief to someone else.]

Over the years, libraries ministers have changed almost as rapidly as Prime Ministers in the past few weeks. Each time, DCMS civil servants and library bodies have patiently taken them on visits, talked to them and taught them what libraries do. They usually need it.

So it’s good not to have to start all over again. Libraries Connected trustee Ayub Khan told an LC webinar: “He’s been pragmatic and thoughtful, shown a genuine interest. I’m really, really pleased.”

Meanwhile, a well-timed boost to libraries – tying them very firmly in to the levelling up agenda (what’s left of it) – from the Parliamentary select committee for culture*.

It endorses libraries as “an important part of a community’s infrastructure for people who are digitally excluded or who live in deprived neighbourhoods” – but also for quality of life, flourishing local high streets and as “engines for entrepreneurship, economic growth and job creation”.

And it actually asks for proper funding. (Grim footnote: “Evidence to our inquiry posited that, for every £1 spent on library services in 2009–10, 58p was spent in 2017–18: an even sharper decline than spending on culture and heritage in the round.”)

Here again, no change is good news. Michael Gove is back in the saddle as secretary of state for levelling up. Whatever one might think of him in general, it’s good not to have to start all over again with a new boy. And the starter work he supervised was mostly well thought of. The one agreed flaw – lack of proper, stable funding…