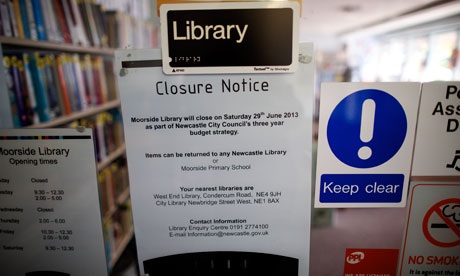 The inaction of the DCMS has been highlighted by national campaigners.

Campaigners warn of libraries in crisis across England

Ms Swaffield said library users had appealed “time and again” to culture minister Ed Vaizey to intervene against the mass closures, “but he does nothing. And he does nothing about libraries that stay open but now provide a far worse service.

Beyond relieved and pretty delighted that the hard work and grit of @SaveMaryhill campaigners has finally paid off but this cannot just be a quick fix or cover until just after the council elections. The fight for the future of our libraries must go on. https://www.glasgowlife.org.uk/libraries/finding-work/latest-library-information

Only the dedication and perseverance of @CouperSave and similar groups across the City has achieved this outcome. The long term future is still in question and GCC and the Scot Gov have to provide the funding to protect our libraries.
https://www.glasgowtimes.co.uk/news/19856794.glasgow-life-reveal-opening-dates-five-libraries-including-maryhill-whiteinch/

Which of his books is your favourite? We think we might just have to go for Fungus the Bogeyman... https://www.booktrust.org.uk/booklists/r/raymond-briggs/