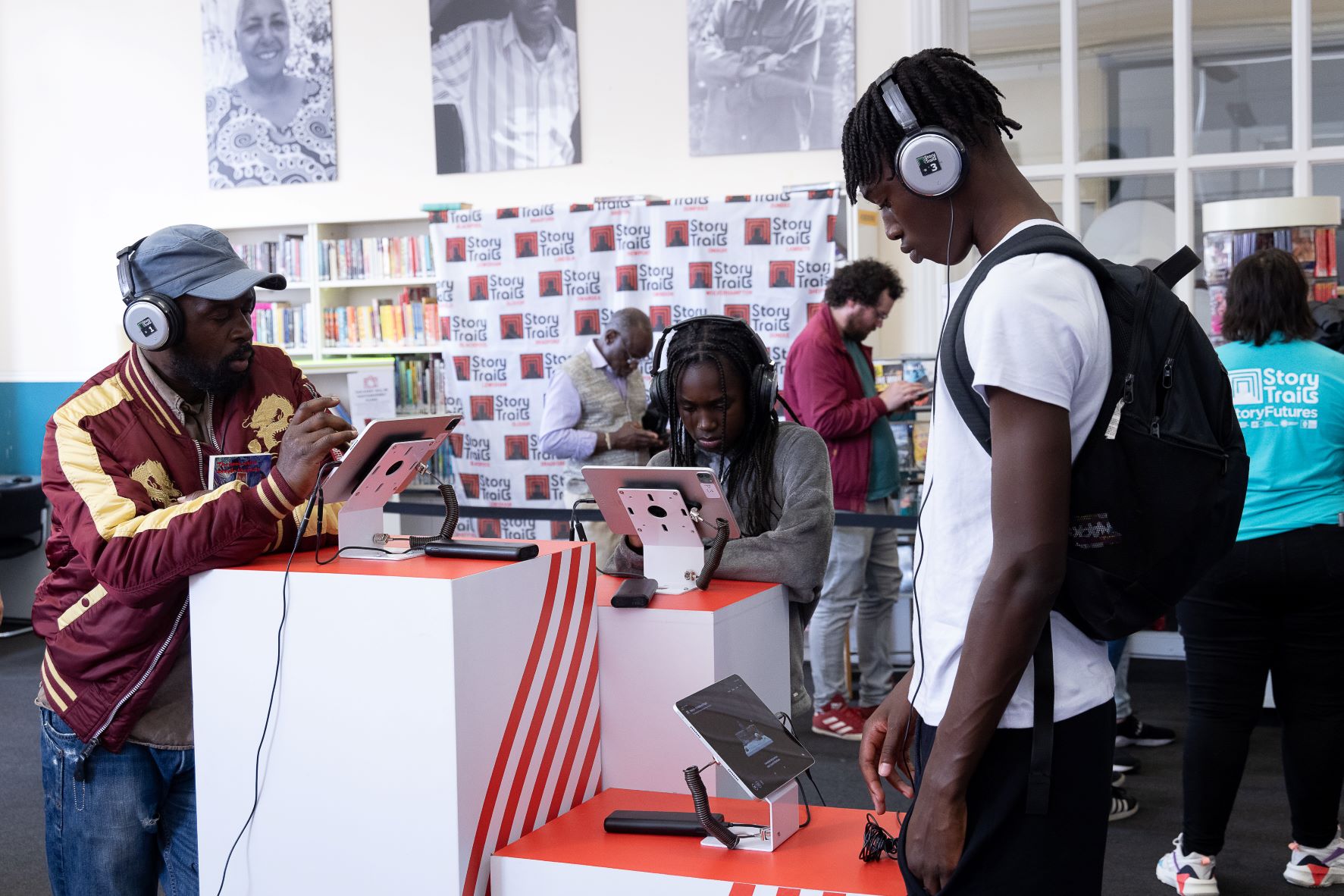 In our spring magazine we reported on a rather mysterious nationwide project. The one thing we knew was that libraries would be involved. It had begun as Theresa May’s idea to celebrate the UK’s creative
wonders in the post-Brexit world to come. It never did shake off its label as “The Festival of Brexit”, though it was never called that. At the last minute it acquired the mystifying name “Unboxed”. It didn’t help. The verdict now is that it was a poor way to spend £120m.
Participation didn’t quite reach its… ahem… “stretch target” of 66 million worldwide. 2.8 million is the latest official figure. Published comment has ranged from unconvinced to downright scathing.
But wait! The big success was the libraries! Fifteen services staged the high tech Unboxed mix of virtual reality experiences and outdoor guided trails telling local stories. The Reading Agency reports “exceptionally high footfall, with many authorities experiencing visitor numbers not seen prior to the Covid pandemic.”
“Of the high percentage of new visitors, 67% said they thought they were now more likely to visit the library as a result of experiencing StoryTrails.”
Protect partner Professor James Bennett says: “StoryTrails has provided thousands with their first taste of immersive storytelling: and they loved it! 91% rated our 3D local map experience 4* or 5*.
Most libraries reported a two- or three-fold increase in footfall, reconnecting visitors to their local library spaces which are such crucial centres of storytelling in our communities.”
Proof yet again that libraries are a uniquely trusted venue for new experiences. And that library staff are well able to learn new skills and adapt to almost anything…

THE INDEPENDENT : 7th FebruaryNumber of library visitors falls by 40 million in four years as austerity measures force closures According to research by the House of Commons Library commissioned by…
Read More