Skip to content
News and Views
November 7, 2013 admin No Comments

Market Rasen Mail : 7th November
Could London council be answer to Lincs libraries?
Privatisation mooted
A private branch of Greenwhich Borough Council has offered to take over running the library service in Lincolnshire, as has Biblioteca Technical Library Services.  They have put forward six separate proposals, ranging from taking over the service as a whole to just running  tier 3 libraries, like that at Caistor. Biblioteca’s proposals could see some libraries become fully automated, with users given a keycard to access the building 24/7 and machines to check books in and out. This would cut costs by reducing staff.
http://www.marketrasenmail.co.uk/news/local/could-london-council-be-answer-to-lincs-libraries-1-5652699

Ilkley Gazette : 7th November
Debate on Bradford district libraries
“It is not our intention to do any static library closures at the moment. We use the community involvement model in Wilsden, Wrose and Addingham and they are all managed by volunteers.”
http://www.ilkleygazette.co.uk/news/news_local/10793278.Debate_on_Bradford_district_libraries/

Daily Record : 7th November
Scots council warned they’ll have to repay £72,000 EU cash if they shut seven libraries
Moray Council have admitted that £72,349 from the European Regional Development Fund will have to be returned if they go ahead with plans to shut seven of their 15 local libraries.
http://www.dailyrecord.co.uk/news/scottish-news/scots-council-warned-theyll-repay-2683741

The Courier : 7th November
Shelved: are more of Scotland’s libraries to be written off?
http://www.thecourier.co.uk/lifestyle/leisure/shelved-are-more-of-scotland-s-libraries-to-be-written-off-1.149955

Louth Leader : 7th November
Library consultation results reveal people want their libraries
“It will take some time to digest the full findings and review our initial ideas in light of the feedback. However, we’re working to have our final proposals ready towards the end of November.”
http://www.louthleader.co.uk/news/local/library-consultation-results-reveal-people-want-their-libraries-1-5651003

Chad.co.uk : 7th November
‘No plans to close libraries’- Notts County Council
It is expected that the libraries most suitable for community partnership approaches would be the smaller libraries although the council would be open to proposals from all communities.  ……  The county council is also looking at establishing a libraries and archives trust/social enterprise. The council’s statutory duties for libraries provision would continue to be met.
http://www.chad.co.uk/news/local/no-plans-to-close-libraries-notts-county-council-1-6223998

Gainsborough Standard : 7th November
Notts: Libraries escape axe in council budget plans
“We will ensure we will work with interested groups to design the best solution for each community. We will be setting aside a small amount of one off investment funding to support the best local solutions. It won’t be a ‘one size fits all’ approach.”
http://www.gainsboroughstandard.co.uk/what-s-on/out-about/notts-libraries-escape-axe-in-council-budget-plans-1-6222416 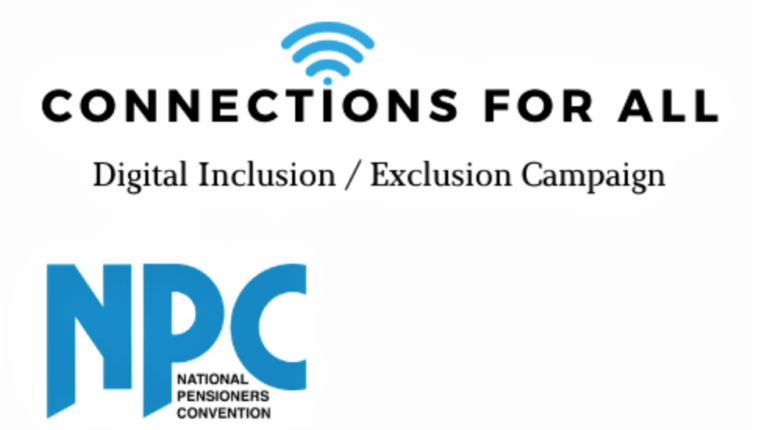 The Connections for All webinar takes place on Monday, 1st February (11am). It brings together a panel of leading experts to discuss the need to keep millions of the UK’s oldest and…
Read More