Skip to content
News and Views
September 5, 2013 admin No Comments

Caerphilly Observer : 5th September
More people using libraries in Caerphilly County Borough
According to statistics from Caerphilly County Borough Council, 90,000 more people visited libraries in 2012/13 compared to the previous 12  months.  The council has said this is down to its investments in the  service.  Since 2006, £2.5 million has been spent refurbishing 11 of the county borough’s 18 libraries.
http://www.caerphillyobserver.co.uk/news/911531/more-people-using-libraries-in-caerphilly-county-borough/

Harrow Times : 5th September
Library contractor takes over running of Harrow’s services
JLIS has been running libraries in the borough of Hounslow for five  years and under the new contract will be responsible for 23 libraries in Harrow and Ealing.
http://www.harrowtimes.co.uk/news/10657095.Library_contractor_takes_over_running_of_borough_s_services/

This Is Bristol : 5th September
Threats to Central Library are shameful
http://www.thisisbristol.co.uk/Threats-Central-Library-shameful/story-19753054-detail/story.html#axzz2dzvdeJk1

This Is Lincolnshire : 5th September
Have your say on libraries, urges councillor
http://www.thisislincolnshire.co.uk/say-libraries-urges-councillor/story-19753698-detail/story.html

Culture24 : 4th September
From frozen gas pipes to Harold Wilson: The history of the Library of Birmingham
“There is, probably, no word of the human vocabulary which brings a  greater crowd of thoughts to the educated man’s mind than that blessed  word library; for a library is one of the greatest causes, as it is also one of the greatest results of man’s civilisation…” – George Dawson at the opening of the first Central Library in 1865
http://www.culture24.org.uk/history-and-heritage/art449903 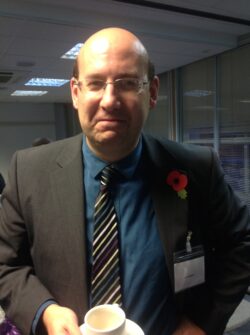 November 10: What’s MILA? What’s Unboxed? If you love libraries, you’ll want to know what you missed

On Wednesday 10th, we had a Zoom call on all the things you need to know about libraries. Such as: What has the pandemic done to libraries? How does the…
Read More

“The most important resource a library has is its skilled staff at all levels. A library run by volunteers or self-service alone would not be fit for purpose or worthy of being called a public library” says Sean McNamara to deep-cutting council https://twitter.com/CILIPScotland/status/1620064226823008257

‘It is the legal duty of a local authority to provide an adequate library service and one that has no staff is completely inadequate.' @SeanJMcNamara1 warns Midlothian Councillors of the damage to citizen access from proposed cuts. Read the letter here: https://www.cilips.org.uk/wp-content/uploads/2023/01/Midlothian-Jan-2023.pdf

In these times of hardship, is slashing library hours an acceptable way to cut council costs? @CheshireEast 📖 #Macclesfield https://macclesfield.nub.news/news/local-news/macclesfield-library-could-see-opening-hours-reduced-169247

"People often misunderstand librarianship as a process of gatekeeping [...] but our actual job is and always has been empowerment - to empower information users to control their relationship with information, to disintermediate sources."
👇
https://nick-poole.medium.com/in-praise-of-slow-librarianship-93eedfc83df6
by @NickPoole1

The Next Great Misinformation Superspreader? Another reason why #librarians and information professionals need to be involved in conversations about #AI. https://www.newsguardtech.com/misinformation-monitor/jan-2023