Skip to content
News and Views
March 14, 2014 admin No Comments

York Press : 14th March
‘Difficult’ savings to be made in county council’s 2020 North Yorkshire programme
“If the goal is to protect services, people must step up to the mark as the alternative is losing them”
http://www.yorkpress.co.uk/news/ryedale/11077470.___Difficult____savings_to_be_made_in_county_council_s_2020_North_Yorkshire_programme/?ref=rss

Sutton Coldfield Local : 14th March
Birmingham | Sutton Coldfield councillors struggle to identify savings
Libraries within the District will be affected by the cuts in some way, be that reduced opening hours or closure (as is possible in Mere Green).
http://suttoncoldfieldlocal.co.uk/councillors-struggle-to-identify-savings-10264/

Stourbridge News : 13th March
Plans for the future of Hagley Library revealed
Hagley residents will have to fork out to keep their library open following Worcestershire County Council’s review of the county’s library services.
http://www.stourbridgenews.co.uk/news/11075882.display/

The Star : 14th March
Letter | Support your local group to save our libraries
http://www.thestar.co.uk/news/letters-opinion/support-your-local-group-to-save-our-libraries-1-6498669

East Sussex Express : 14th March
Libraries in Seaford and Newhaven to be finished later this year
Artworks are proposed for both libraries, with funding coming from the Arts Council.  At Seaford the county council has funding for a bench, while at Newhaven it will create a window looking out on to the bus stop.
http://www.sussexexpress.co.uk/news/local/libraries-in-seaford-and-newhaven-to-be-finished-later-this-year-1-5935334 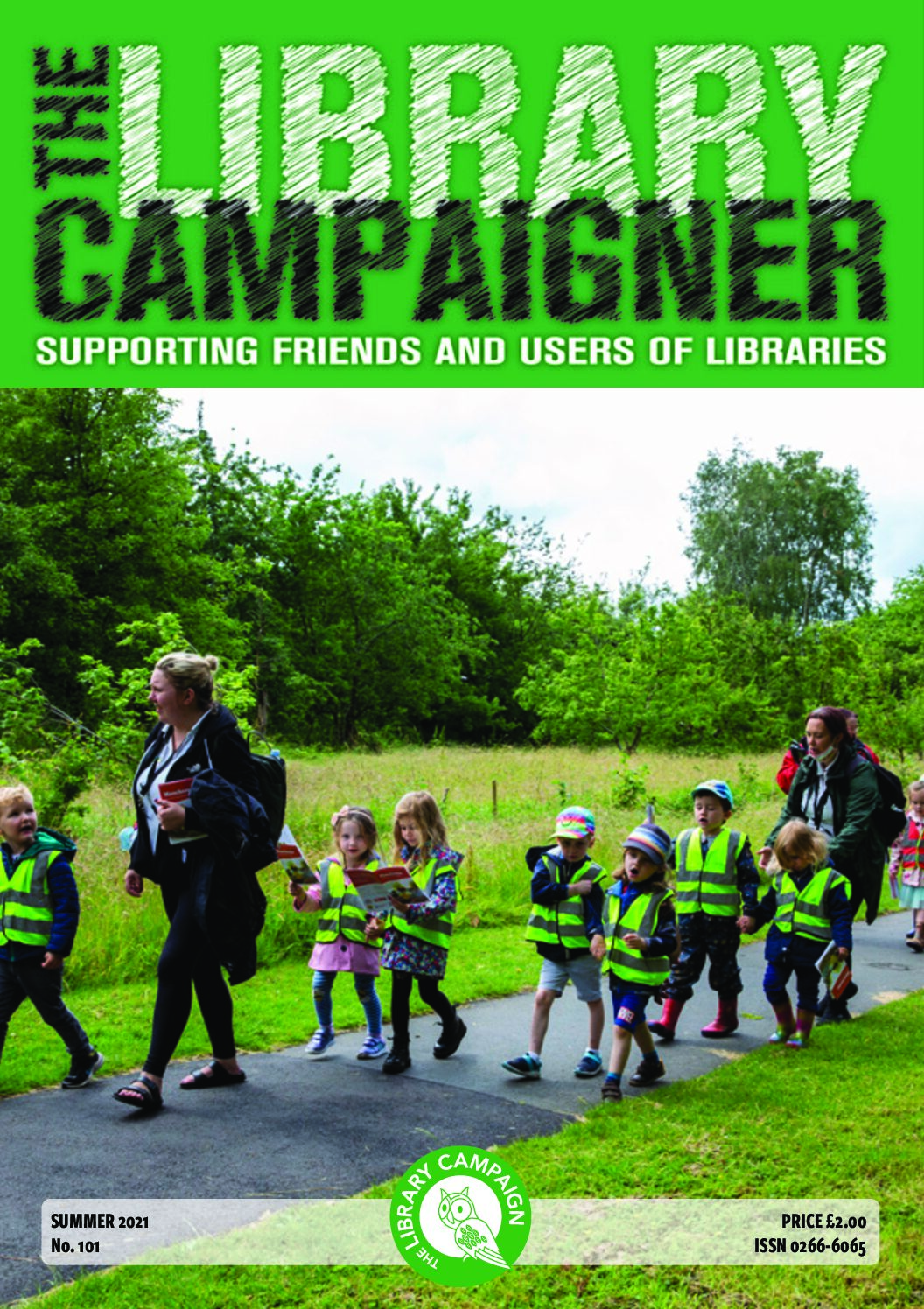 OUT NOW: latest issue of TLC's Campaigner magazine, the only UK magazine focused on public libraries.READ IT HERE: https://librarycampaign.com/magazinesTLC MEMBERS exclusively get the print version, delivered to their door - you…
Read More

Wherever you are in the world, there are natural treasures to be found. Download this beautiful #NaturesTreasures Scavenger Hunt Activity Sheet on our website, inspired by Ben Hoare’s book ‘Nature’s Treasures’ 🍂

In a pivotal year for climate action #WMC2021, in partnership with @wwf_uk, focuses on nature & tackling environmental issues.

Find stories to inspire, challenge and take children on adventures👉https://readingagency.org.uk/children/news/winter-mini-challenge-2021-official-booklist.html

Did you know? Our #ReadingAhead programme is available in a range of formats: print, digital, prison specific, bilingual English/Welsh.

You can borrow a ukulele in Lambeth libraries, get employment support in Brent Libraries, join an open mic event I. Hillingdon and be mindful at the Barbican. So much going on for free! Great to see this targeted marketing campaign for young people https://www.atthelibrary.net/news

📚 You can now pre-order your longlist and shortlist packs for the CILIP Carnegie and Kate Greenaway Medals!

🏷️ And @Petersbooks is offering 35% off the pack RRP! Order now to get the books as soon as the lists are revealed in March: https://peters.co.uk/ck