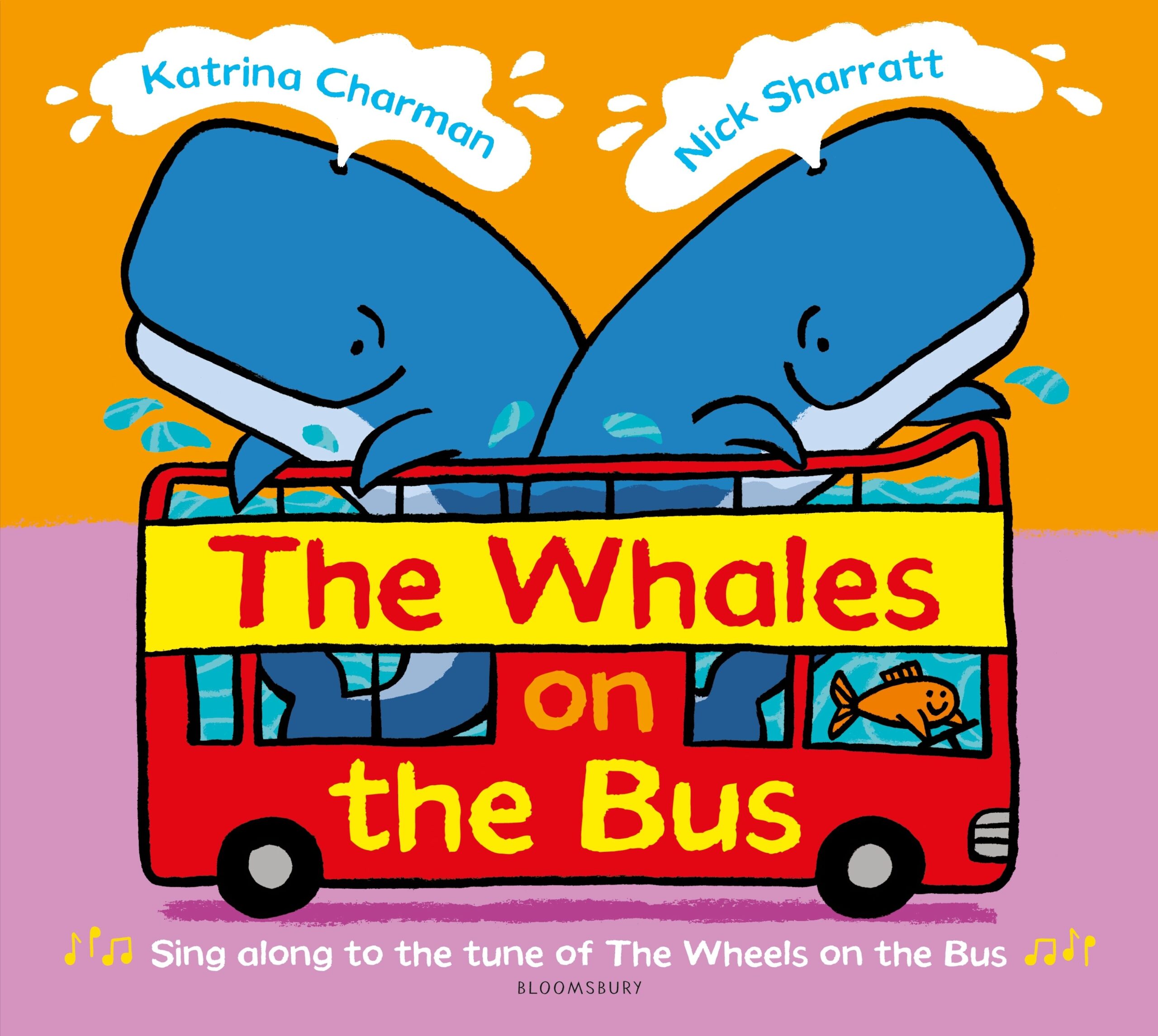 The annual BookTrust Storytime Prize has been awarded to The Whales on the Bus (see what they did there?) by Katrina Charman and Nick Sharratt (Bloomsbury).
But this year’s award is different. The shortlist of six books was road-tested not by a judging panel but by families and librarians. All the libraries in England were given a set to read aloud. And 300 also
had a package of games and activities, tailor-made  for each book.
It’s all part of a major initiative to get young families into libraries. As a regular habit. And getting parents carers/confident about sharing books and stories.
BookTrust, the children’s reading charity, is re-framing its work to focus on “the families who need more help developing a reading habit”. Its own research shows that only 49% of families in poverty with children aged 0-5 are registered with a public library.
The Storytime programme will be expanded nationwide once the pilot is evaluated. Beth Southard, one of the team who piloted it in Norfolk libraries, said: “We’re really hoping we’ll increase our accessibility for some of the families that have been a bit harder to reach. We’re particularly interested in the idea of creating reading as a habit. “[The families] really enjoyed the content and the fact it’s a whole
package. It’s not just coming for stories and then going home. It feels like there’s a whole thing to unlock with it. That’s had people coming back each week.”
Local mother Savanah said: “We’ve really enjoyed BookTrust Storytime. It’s opened our eyes a little bit too. It doesn’t have to be a big, long, boring book. It can be short and sweet, but a lot of interaction
with colours and pictures and things. “It’s a really positive environment. The library team have been great. As we’ve got to know them, we come to a place where it’s really
comfortable and everyone is happy.”

A democratic society is one where every individual is empowered to exercise their vote with judgement & care based on evidence.

Every week, he'll be releasing #PoetryPrompts videos to help spark children's imaginations and get them writing poems.

We want to help your library get media coverage this #LibrariesWeek with our free guide, including a press release template and top tips for selling your story to key media: http://librariesweek.org.uk/libraries-hub/get-ready-for-libraries-week/get-media-coverage/

Glad to see that the Energy Bill Relief Scheme Will provide relief for hard-pressed organisations facing significant increases. @CILIPinfo will seek assurances that it includes #libraries within the Local Government estate. https://www.gov.uk/guidance/energy-bill-relief-scheme-help-for-businesses-and-other-non-domestic-customers