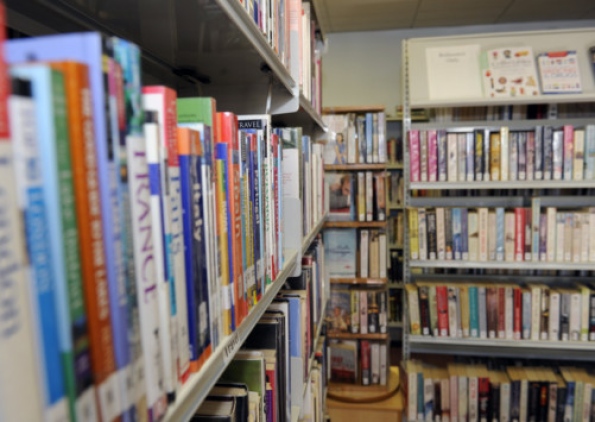 He leaned over the library counter and said “If they close this
library I will do myself in”. The old man was not someone I
recognised, meaning he was one of the many quiet ones that came in
and, a few hour later, went out again. On the outside, he looked
perfectly normal and nothing about him showed desperation. You would
never have known that he was on the edge.

But there are many people who use libraries who are like that. Indeed,
perhaps it is precisely that fact that they use libraries that it is
not obvious that they’re on the edge. The public library provides a
haven for so many people, asking no questions and demanding no money.
Anyone can come in out of the cold, and the dark, and sit down, read a
book, a newspaper, use the internet or grab a few prized words with a
fellow human being. That link with civilization, and with community,
is something that can be taken for granted in those not on the edge.
But it is something treasured by those less fortunate.

Now let’s go to the other end of the age spectrum. A child, wide-eyed,
is being read a Christmas story. It’s one of the special evening
storytimes that are done this time of year. I tell you,  some of these
are downright magical. We turn the lights down, the Christmas tree
lights shine in the corner and the little ones get a Santa story read
to them. As they come in, a community choir (we’re all about
community) is singing carols and at the end, Santa (a volunteer, again
from neighbourhood) makes a “surprise” appearance. He was jangling
cow-bells a few seconds before behind the scenes so the kids could
hear the reindeer arriving. This could be the only time these kids see
a Santa over the holidays, as we don’t charge and money can be
important, especially this time of year. It will certainly be the only
time that some will be in the same room as other kids and their
parents, all engaged in the same thing. We’re teaching them how to
behave and interact at this most wonderful time of the year.

Then we have those who have nowhere else to go because the council
offices are closed on Christmas week. One chap has just made homeless
and has nowhere else to go. He needs an emergency payment for food and
a room so he’s not outside walking past the Christmas decorations in
warm people’s homes. Another is doing a job application because he’s
just been made redundant. Who sacks people in December? Well, it turns
out, quite a few people. He has a mobile phone but no internet at home
so he needs the library to do a CV. I lean over and correct some
spellings, showing him how to attach the email. He breathes out as he
pressed “send”, a weight lifted off his shoulders as a job which
should never have to be done this time of year gets done.

The thing is, public libraries are quiet over Christmas. It’s not our
busiest time of year. That’s the Summer when hordes of kids come in
with their parents and keep their reading levels up over the holidays,
rewarded by stickers and medals. But it’s the season where the people
using us most need us. They’ll do it quietly, walk in and do the
stuff, whatever it is, be it browsing the books and taking out ten
romances to keep them going over the few days we’re shut, or smiling
gratefully at a simple task done for them or nodding to a familiar
face. But it’s the time of year when they these people don’t have
anywhere else to go. And we’re there for them, which makes me so
proud, especially when I go home to my family, knowing that I’ve been
part of a Christmas story for these people the quiet equal of any
saccharine seasonal film my kids may watch on TV.

We're so excited about the weekend, but even MORE excited about Monday, when we're announcing the brand new Waterstones Children's Laureate!

⭐ GOOD NEWS: We are so excited to unveil the six books that have been shortlisted for our #BookTrustStorytime Prize! ⭐

They'll be sent to libraries as part of our #BookTrustStorytime pilot - but which one will families name the winner?

Shout-out to all local public libraries.

Those still trying to hold it down, despite 100s disappearing over the last decade.

Apparently, you can now do a Masters in Mansplaining.