Manchester Evening News : 10th February
Firefighters to the rescue of cash-strapped libraries
Greater Manchester Fire and Rescue Service is considering a ‘groundbreaking’ plan to host collections in its buildings.  The service wants to help Manchester council, which plans to shut and relocate six libraries as part of £12m cuts to leisure services, find a solution by March.
http://www.manchestereveningnews.co.uk/news/greater-manchester-news/greater-manchester-fire-and-rescue-service-1302929

Question Everything : 10th February
Opposition is the enemy in exile
on democracy, Swindon Labour’s recent statement, and a reference to Dan Jarvis MP
http://questioneverythingtheytellyou.blogspot.co.uk/2013/02/opposition-is-enemy-in-exile.html

SUNDAY SUN : 10th February
Stars join in demonstration to save North East libraries
“What are we leaving the people of this area if we take that away? It’s a lifeline for them.”
http://www.sundaysun.co.uk/news/north-east-news/2013/02/10/stars-join-in-demonstration-to-save-north-east-libraries-79310-32780062/ 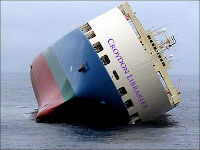