Croydon Guardian : 27th February
Libraries contract decision to be reconsidered
Councillor Timothy Godfrey was sent out of the meeting for arguing with mayor Eddy Aram, who refused to let councillors question Mr Pollard.  Mr Godfrey said: “This is a cover-up of the worst proportion. It is incompetence from the top to the bottom, including the mayor. It is absolutely disgraceful.”
http://www.croydonguardian.co.uk/news/10255126.Libraries_contract_decision_to_be_reconsidered/

THE INDEPENDENT : 26th February
Arts and culture matter – yes, even in a recession

As residents of a regenerated Newcastle appreciate, culture is not a luxurious extra-curricular for the privileged, it’s a reflection of who we all are.

The bid also includes plans to close the majority of local libraries. In the UK literacy levels are reported to have ‘stalled’. How, then, can we justify the removal of such vital educational resources?
http://www.independent.co.uk/voices/comment/arts-and-culture-matter–yes-even-in-a-recession-8511754.html?origin=internalSearch

Local Guardian : 26th February
Merton | Every child to become library member under new council scheme
By working with schools and parents, it is hoped all primary school children will be signed up as library members by April 2014.
http://www.yourlocalguardian.co.uk/news/10252168.Every_child_to_become_library_member_under_new_council_scheme/

Hemsworth & South Elmsall Express : 27th February
Wakefield | Upton library to reopen at Easter
The new community-run library in Upton is due to open its doors at Easter after four months of delays.
http://www.hemsworthandsouthelmsallexpress.co.uk/news/local/upton-library-to-reopen-at-easter-1-5451698

Lancashire Evening Post : 27th February
Six Preston libraries in boost
Across the county 18 of the council’s 74 branches will stay open for longer. 17 will see changes in opening times to make them more convenient. There will be an overall increase in opening hours of more than 70 hours. 74 of Lancashire’s libraries increased their opening hours in the first phase in October last year, gaining more than 110 hours each week.
http://www.lep.co.uk/community/six-preston-libraries-in-boost-1-5448068

Get Bracknell : 27th February
Education | Schoolchildren help smash world record on National Libraries day
Barbara Band, head of library and resources at The Emmbrook School, said: “There were about 120 schools signed up from across Scotland, England and Wales. “The children were given the start of a story written by author Matt Haig and they had to write one or two sentences. I have received 1,300 stories but they are still not all in.”
http://www.getbracknell.co.uk/news/education/s/2129887_schoolchildren_help_smash_world_record_on_national_libraries_day 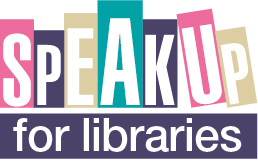 The Speak Up for Libraries alliance is urging people everywhere to make public libraries a central issue in the General Election. The election offers us another chance to make sure central government…
Read More