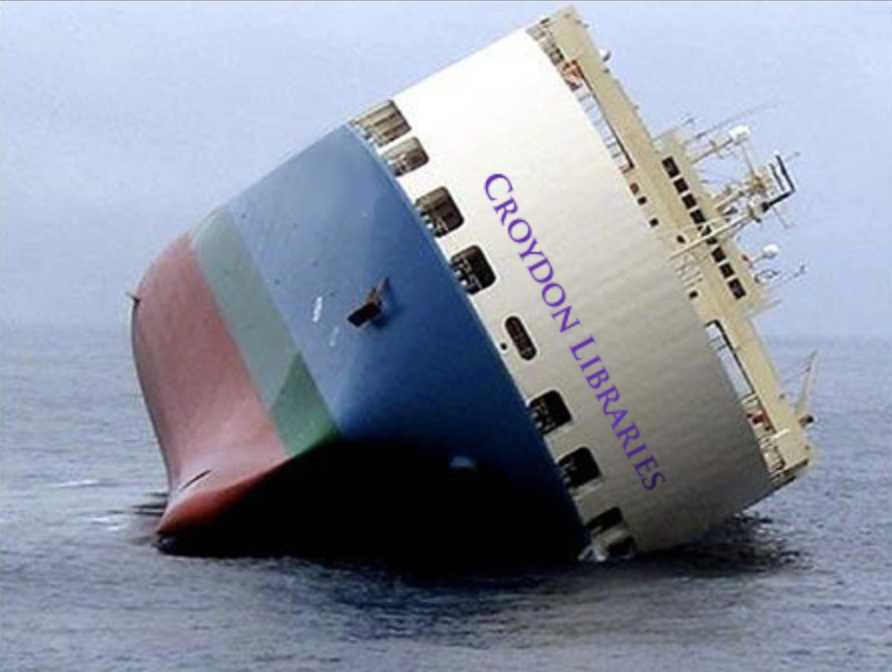 Residents in Croydon love their libraries. The campaigns for individual libraries combined forces as Save Croydon Libraries campaign to fight the cuts more effectively in the past, and are already networking again. Friends of South Norwood Library has joined with Save Sanderstead Library campaign and there are plans for a campaign for Shirley library too.

Croydon Council’s dire situation has been laid bare, following the release of their auditor’s Report in the Public Interest. Corporate blindness was highlighted as just one of the issues that caused the council to issue not one, but two, Section 114 notices, in succession.

Whilst there have been lots of assurances given that there will be a genuine consultation undertaken in the new year – not snuck out in the pre-Christmas period, it is extremely worrying to learn that councillors and at least one Croydon MP are already promoting community-run models for libraries. This action severely undermines the Council’s message that a genuine consultation will take place.

The Cabinet member responsible, whilst promising a consultation in the new year, has made clear that these libraries would need to run at cost neutral to the council. The fact is that libraries cost relatively little to run but deliver a lot, if well run and well managed.

The value of libraries to deliver was outlined in the Red Quadrant report, commissioned by the current council administration in 2018, no doubt at cost to the residents of Croydon. It also outlined recommendations that would lead to cuts and de-staffing of libraries.

The clear message from all previous campaigns to save our libraries in Croydon is that people really value:

Concerns are that all this will be lost, and more!

I’m chairing a meeting via Zoom on 16 December 2020 as a follow up to meetings we’ve held previously on libraries, with my other hat as Chair of CCC – a community group in Croydon. I’ll be declaring my interest at the meeting, as I have before and before that!  A solicitor and associate of Watkins and Gunn, a law firm that has fought cases for public libraries through to Judicial Review at the High Court, will be attending to offer advice.

Public libraries is not a party-political issue, it is a community issue. I’d encourage anyone with an interest in Croydon libraries to get involved.

Details of the meeting can be found here.

Never underestimate the power of libraries and librarians in fighting back against the destruction of knowledge. ‘Our mission is crucial’: meet the warrior librarians of Ukraine https://www.theguardian.com/books/2022/dec/04/our-mission-is-crucial-meet-the-warrior-librarians-of-ukraine?CMP=share_btn_tw

Booklovers, your favourite game is back! 📚🎉

Guess all 20 books in the #HiddenBooksGame and you could win a £500/€500 National Book Token to spend in your local bookshop (the best gift ever, in our opinion).

"In this age of mounting disinformation, when it is easy to dress up a lie so nicely that it starts to take on the glow of truth, the solution is not to hide the lie but to expose it and to scrub from it its false glow." Wow. @ChimamandaReal #ReithLecture

Everyday Philosophy: Why we need libraries
Libraries are vibrant places of hope, discovery and opportunity. They are in desperate need of funding and we cannot afford to let them perish.
https://www.theneweuropean.co.uk/everyday-philosophy-why-we-need-libraries/

Indeed - it’s time for government to protect public libraries and for local cllrs to learn why libraries - and their professional staff and printed books - are invaluable. #saveourlibraries @Essex_CC @EssexLibraries https://twitter.com/guardian/status/1599476703243411456

The Guardian view on local libraries: a resource that must be protected | Editorial https://www.theguardian.com/commentisfree/2022/dec/04/the-guardian-view-on-local-libraries-a-resource-that-must-be-protected?utm_term=Autofeed&CMP=twt_gu&utm_medium&utm_source=Twitter#Echobox=1670179064