The Arts Council has published a report looking at how communities are getting involved in the running and management of local libraries. We will add our comments shortly. NOBODY HAS A CLUE HOW – OR IF – COMMUNITY LIBRARIES WILL WORK.

BUT THE IDEA IS BEING PUSHED – HARD!

I’m chair of The Library Campaign – the only national organisation that represents people who actually use (and support) public libraries.

I can save you the trouble of reading the new reports from the Arts Council on… ahem… ‘community libraries’.

SUMMARY: NOBODY HAS A CLUE HOW BEST TO RUN A COMMUNITY LIBRARY.
IT’S A GIGANTIC EXPERIMENT, ON A VITAL PUBLIC SERVICE, IN THE MIDDLE
OF A HUGE CRISIS.

The last time anyone did a report on ‘community-managed libraries’ * only a handful existed, all very different one from another.
So very little could be learned about this idea.

Arts Council England (ACE) has worked hard to find out what is going on now. But now, suddenly, there are hundreds of ‘community libraries’.
Scores have been created since this research was done, so it’s out of date already. Hundreds more seem set to happen in 2013.** All of them are so new that there is no information on how well they work, or whether they will last.

No two are alike. Even within the same borough.
There are lots of different ways of running them.
Nobody has a clue which might work best, where.
ACE has put them into categories and written up dozens of case histories.
This just underlines the fact that the variety is bewildering.

The Library Campaign wishes these people luck.
They will need it.
Nobody knows what chance they have.

And we note that there is advice for councils who want to offload their library services any way they can. But there is no advice for local people who DON’T want their libraries to drift out of public service control,
DON’T want to pay their taxes but do all the work themselves and
DO want councils to listen to their views and suggestions. 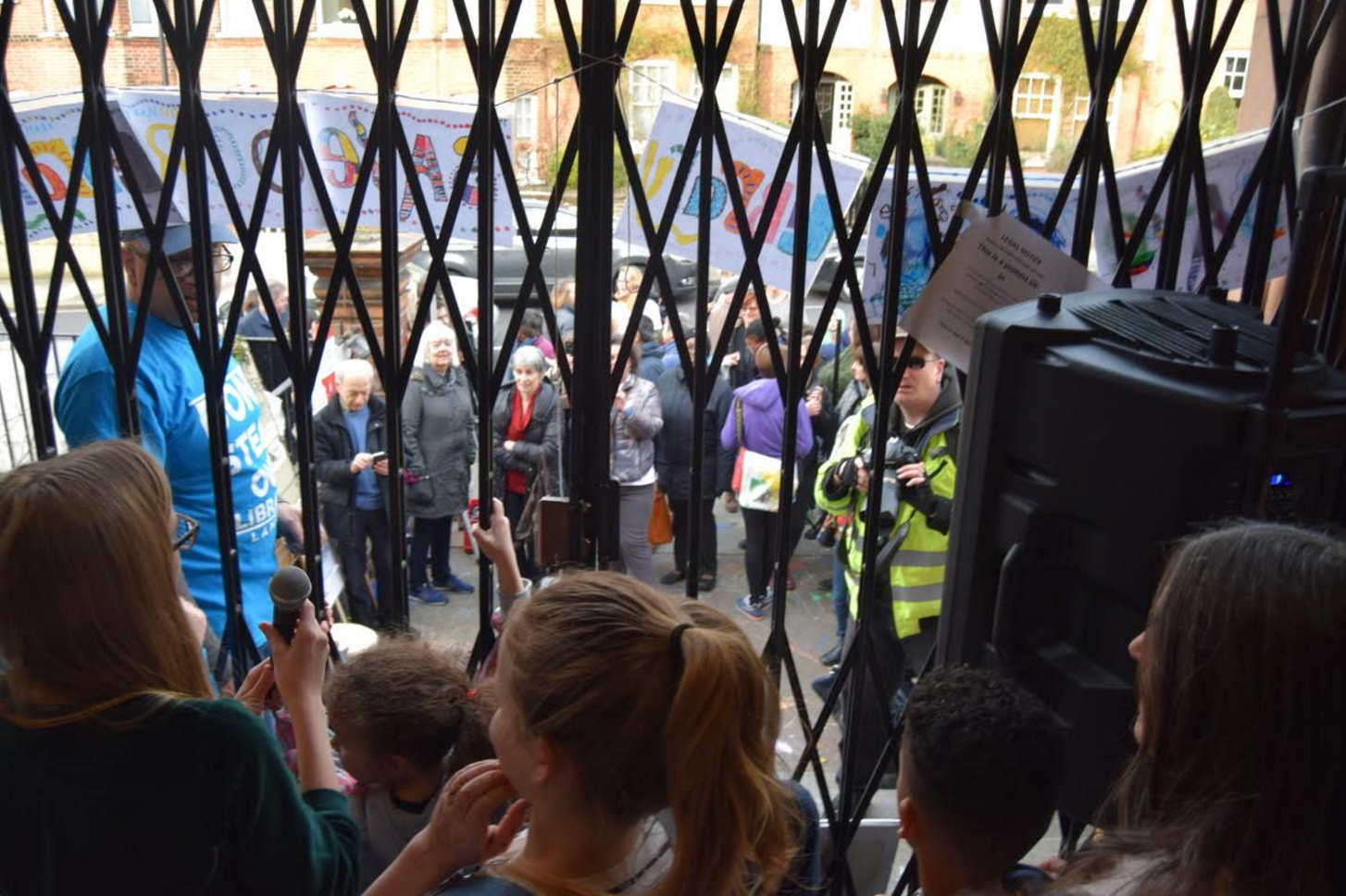 At the beginning of the third day of occupying Carnegie Library there had still been no communication with Lambeth elected representatives except to tell them to leave. Lambeth Council is…
Read More