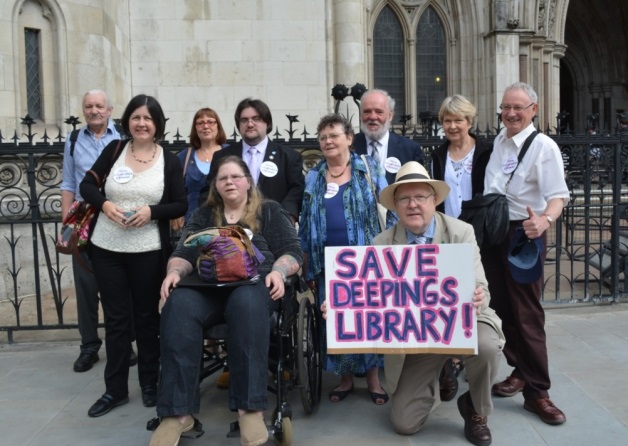 Congratulations to Friends of Deeping Library in Lincolnshire, who have at last got their Executive Member for Libraries, Nick Worth, to admit that local people are not ‘willing’ volunteers. TLC hopes this will help stem the national tide of claims that communities are eager to take on the huge task of trying to run libraries. They are not.

“Nick Worth has agreed to stop using the phrase ‘willing volunteers’ when talking about FoDL and other groups forced to plan to run their libraries if needed.

Volunteers we may be, but only under duress.”

FoDL challenged him to name library groups who could be described as genuinely happy to run amateur libraries in their communities.

“He named three – all of which rejected his description when contacted by us – and was unable to name any others. “He then agreed that he would drop this phrase from his media pronouncements.”

Voices for the Library : 28th January Data protection and volunteer-led libraries http://www.voicesforthelibrary.org.uk/2014/01/data-protection-and-volunteer-led-libraries/ Swindon Advertiser : 28th January Letter | Valuable volunteers As the manager of the Walcot Community Shop I would like to…
Read More